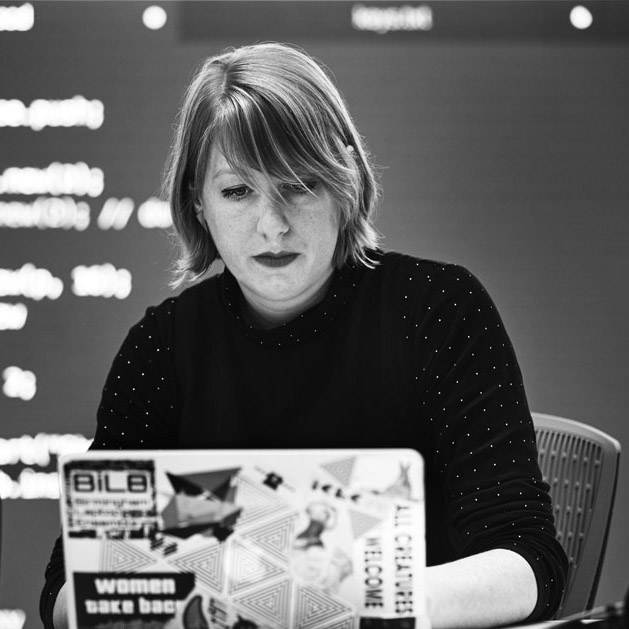 Critical approaches
to improvising
with algorithms

Shelly Knotts is a researcher and performer. She produces live-coded and network music performances and projects that explore aspects of code, data and collaboration in improvisation. She performs and presents her work internationally, and collaborates prolifically with computers and other humans.

Shelly was a Research Fellow at SensiLab, working on the ARC funded project Improvisational Interfaces.

Shelly studied for a PhD in Live Computer Music at Durham University, with a focus on the social dynamics of collaboration in Network Music. In early 2017 she was Leverhulme Artist-in-Residence at the School of Chemistry, Newcastle University, working on the project Molecular Soundscapes. She has received commissions and residencies from national funders in the UK and in 2017 was a winner of The Oram Awards for innovation in sound and music.